Today I took my children to the Museum of Modern Art, here in NYC.  We go to MoMA often, as I have a membership, it's always fun for kids, and the cafe serves AMAZING food.  So perhaps I am just in a Warhol mood because there is an exhibit on of his called "Moving Pictures" which, even though I had to make sure that the kids didn't catch the names of some of the pieces on exhibit, was awesome.  But tonight I came across this video of Warhol eating a hamburger, and it is intriguing to me on so many levels.

First, of course, what was Warhol feeling as he filmed himself eat a burger?  It certainly does not seem to be hunger.  More it seems like he was feeling, "Will people watch a film of me eating a hamburger?"  The answer is yes.

Second, I always wonder what people ate in the sixties and seventies, because they were so skinny then, and it's not just because they were all doing so much cocaine.  Andy's burger seems about the size of today's burger, but he doesn't finish it, in fact, half way through he discards half of the bun.  And this is before we all became obsessed with carbs, or a lack of carbs.

Third, his ketchup.  I bet it tastes great.  Ketchup didn't have high fructose corn syrup, but probably real sugar, and I bet it was awesome, and also allowed him to put the burger down when he'd had enough.

Fourth, the street noise.  What the hell is going on out there?  Is Serpico busting Son of Sam?

Fifth, the sound of the paper bag.  It is so much thicker than today's bag.

Sixth, there were Burger Kings in NYC then?  Today Burger King is an exotic restaurant in Manhattan. 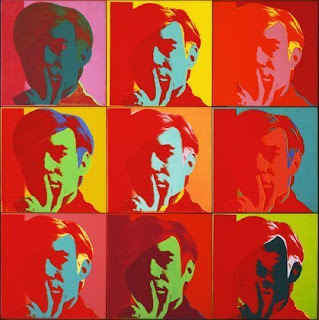